Money Heist has been hailed as the most popular non-English Netflix series ever. At first, though, it looked like being something of a disappointment to the film team. In fact, the series was on the point of flopping in its home country, Spain, when Netflix took over the production – albeit without any great expectations. Then virtually overnight a global hype set in. Suddenly, the story of a group of ingenious thieves received an amazing response across the world, fascinating and delighting people from Chile to New Zealand, from South Africa to Iceland. Today, the series occupies a firm place in pop culture; its symbolism is understood the world over.

Here at PEZ, too, Money Heist soon became a hot favourite – and because PEZ has long enjoyed cult status, the idea of PEZ and Money Heist creating a joint product seemed an obvious one, along the lines of birds of a feather flock together. We would like to wish all you fans out there lots of pleasure with this exclusive limited edition! 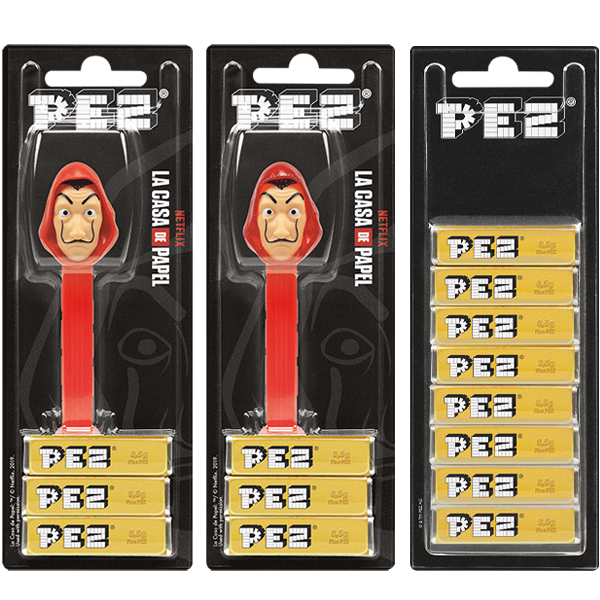