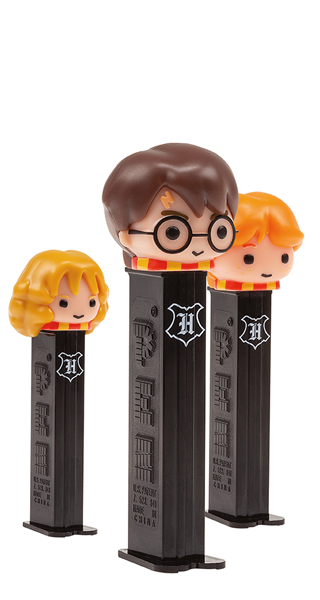 The magic of Harry Potter

When the first volume of Harry Potter was published in 1997, the publisher was unwilling to take any risks: with a print run of just 500 books, 300 were sent to children’s libraries and only 200 landed in stores. What happened next – we like to call it magic – sparked a real hype around the adventures of the young wizard, Harry Potter, and his friends. Anyone fortunate enough to own one of these rare first editions can count themselves lucky, as collectors are willing to pay a high price to get their hands on a copy. This was proven last October when a first edition was auctioned for the handsome sum of more than 53,000 euros.

When it comes to Harry Potter, virtually everyone agrees – fantastic tales of suspense and elaborately described characters capture the imagination of people of all ages, genders and countries. Over 500 million copies of the fantasy novels have been sold to date, the books have been translated into 80 different languages, the films have been released in more than 120 countries worldwide and author J. K. Rowling has become one of the best-paid writers in the world. The seven volumes, totalling 4,192 pages, were written over a period of ten years. Filming took just as long, finally being completed in 2011. Over the years, fans of the series have grown as the story has developed, passing their infectious enthusiasm on to their children as soon as they are old enough. It can already be said that Harry Potter is considered a new classic.

Also unable to escape the magic of Harry Potter, PEZ released the first collector’s set in the US in 2015. The dispensers were based on the film characters. In early summer this year, the three friends – Harry, Hermione and Ron – will be available as PEZ dispensers in Europe, too. Their appearance will be chibi style: originating on the Japanese manga scene, chibi is used to describe something ‘small’ and is a greatly simplified version of a caricature. Childlike elements are emphasised. A black PEZ dispenser stem featuring a white logo provides a striking contrast and carries some of the story’s mystery and suspense over to the three characters. PEZ expects Harry Potter fans of all ages to be absolutely thrilled.