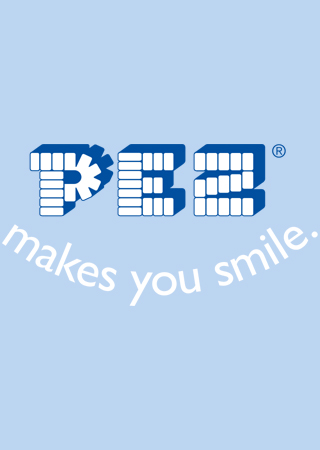 PEZ – a brand with cult status

The PEZ Group is a globally operating enterprise based in Traun, Austria, and one of the 100 biggest candy companies in the world. In addition to Europe and the US, the brand’s key markets are Japan and Australia. PEZ products are available in over 80 countries. Since 2019, PEZ has been successfully operating on the Chinese market, too. The company sells around 70 million dispensers and 5 billion PEZ candies every year and has around 900 employees worldwide.

It all began in 1927, when Eduard Haas III invented a small, rectangular mint candy. 71 years ago, in 1949, the first PEZ dispenser was launched onto the market. Thanks to the comic-figure heads on the dispensers and the introduction of fruity flavours, PEZ became hugely popular with kids and a pioneer for interactive candies that are both enjoyable to eat and fun to play with.

PEZ has since become one of the world’s best-known children’s brands. The brand has remained innovative, creating new and fascinating ranges every year. This has gained PEZ absolute cult status: PEZ dispensers are a part of pop culture, attracting collectors from all over the world.

Your collective folder
Add Downloads to your collective folder to download them collectively as zip File
{{entry.filename}}
Press Magazine: PEZ - a brand with cult status
PDF: 59 kb
© PEZ 2016 / Legal Notice / Privacy Policy
This site uses cookies. Cookies are used for user guidance and web analytics and help to make this website better and more user-friendly.
Accept
If you do not want a recording, you can disable it under Privacy Policy
X